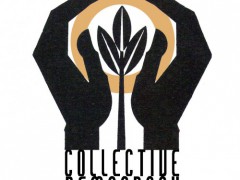 Nepal’s November 2013 parliamentary elections set a national precedent for democratic governance. Ironically, with the right people in charge and support from the population, temporary restrictions on separation of powers may serve the future of Nepali democracy.

Global and regional powers, including the European Union, the United States, Japan, China, and India, sent congratulations to Nepal’s Chief Justice Khil Raj Regmi not once, but twice, in 2013. In March, Khil Raj Regmi was appointed Chairperson of the Interim Election Council (IEC). As the executive head of the government his priority was to prepare and oversee free and fair elections for the Constituent Assembly (CA). Then on November 19, the Chief Justice, and now Chairperson of the IEC, was congratulated once more after the CA election was adjudged fair by non-partisan NGOs including the Carter Center and the European Union Election Observer Mission (EUEOM).  With a voter turnout of 65%, the election was regarded a success, and people’s faith in democracy was restored.

However, the manner in which this election was conceived, the process by which it was conducted, and the precedent it has set for democratic governance in Nepal should be subjects of national introspection. By a stroke of irony, the price of these democratic elections was the erosion of the sacred democratic norm of separation of powers.

On May 28, 2012, when Prime Minister Baburam Bhattarai dissolved the Constituent Assembly, the country was left without a legislative body. This move was necessary as the Supreme Court had decided not to extend the term of the CA for a fifth time, and had asked the political parties to seek a new mandate from the people. The future of the incompetent legislative body was decided by an empowered judiciary. The political and constitutional impasse intensified as various political parties vied for influence and power. Finally, on March 13, 2013, Khil Raj Regmi was declared the head of the government. However, his nomination turned into a complex legal and political battle because he refused to resign from his office of Chief Justice. He said he would keep and resume this responsibility in the judiciary both before and after the completion of elections. His refusal to resign rattled even the International Commission of Jurists, which urged him to step down from the position for the sake of the independence of the judiciary and the law.

When the political impasse in 2012 turned into a constitutional crisis, the political leaders could think of no other way forward than to involve the politically neutral judiciary in order to prepare for fresh elections in 2013. In the absence of a legislative body, leaders of the major political parties requested that the President amend the interim constitution to allow for the appointment of an acting chief justice as the head of the government. But what did this intermingling of the separate branches of government mean for the common man and woman? Nepal is afflicted with high poverty levels, high unemployment, little political freedom, high rates of crime, lack of a constitution, high inflation, mass emigration, political insecurity, and a depressingly low level of political accountability. It is against this backdrop that the promise of elections, guaranteed by the appointment of the Regmi-led government, shone so brightly. For the common man and woman, the appointment of the chief justice as the head of government was made acceptable because it was a solution to the political deadlock. It promised democratic elections, and hence an opportunity to gather resources and build a state and society based on equality, welfare, and justice. The political impasse at that time, we were told, called for the sacrifice of the separation of powers for the sake of future democracy. And we agreed.

The success of the tenure of Khil Raj Ragmi has shown that in desperate times, in a country with a shaky track record of democracy, intermingling of powers might be necessary to bring about democracy. Separation of powers for a country like Nepal needs to be judged by a different lens: the lens of Nepali polity. The level of our democratic commitment and our political history confronts us with a perplexing question regarding what we understand to be the function of separation of powers in a country struggling with its tryst with democracy. In other words, is it possible to build democracy by sometimes compromising it?

Our idea about the separation of powers is primarily based on studies of institutions privileged in Western democracies. Such an understanding comes loaded with a particular history. We know that the principle of the separation of powers seeks to prevent an organ of the state from using its power to promote radical change, and yet change, sometimes radical change, is what facilitates democracy. The appointment of Regmi as the head of government was such a radical act. Khil Raj Regmi was appointed the head of government not even though he was the chief justice, but precisely because he was the chief justice; the political compromise and consensus for his appointment prepared the grounds for elections. Nepal thus calls upon us to re-think the separation of powers not as an idea written in stone, but as a concept placed within a particular context.

Even so, it is an encouraging sign for a budding democracy that the move to appoint an acting Chief Justice as the executive head of government, regardless of the success, has not gone unchallenged.  There have been several petitions currently sub judice challenging the appointment. These are also petitions before the court challenging the various decisions of the Regmi-led government. The Nepal Bar Council, the illustrious body of lawyers, has led these protests. In a country rated at 5 points on a 1 to 10 scale (10=best) with regard to separation of powers and independent judiciary in the Bertelsmann Stiftung’s Transformation Index (BTI) 2014 the results will set a valuable precedent.

There is a high possibility of Khil Raj Regmi returning as the Chief Justice after the post-election government is formed. This political drama and, more importantly, its effect on the process of democratization and political transition will be played out in the coming months. What will it mean for the democratic tenet of separation of powers in Nepal? What will it mean for our democratic commitment?

Slok Gyawali is a M.A candidate in International Relations at South Asian University, New Delhi, and blogger for Future Challenges, among others. His research includes the interface between religion and politics in Nepal.