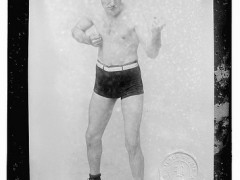 “I don’t want to get partisan” stated Congressman Keith Ellison (D-MN) in his opening remarks during the first panel, entitled “State of the Economy: A New U.S. Operating System?”, of the Bertelsmann Foundation’s annual conference.  Although Ellison’s remarks drew laughter from the crowd and assurances from Financial Times editor and moderator Robin Harding that he could be as partisan as he liked, it was a poignant reminder of how divisive economic policy and politics are in the United States.

While the debate stayed civil and quite informative—Ellison only alluded to, but never named his Republican foes—partisan was what it became.  It was, in many ways, a microcosm of the broader debate in the US, as Ellison argued with Carly Fiorina, the former chairman and CEO of HP and one-time Republican candidate for senate in California, over both the causes of and remedies for the United States’ relative economic stagnation.

Ellison championed the standard liberal-progressive mantra: inequality, wealth distribution, and money in politics are core problems, while greater expenditure, such as on infrastructure and the social safety net, are necessary to boost economic growth. Fiorina countered with a considerably more robust, and frankly more convincing, economic argument. She succinctly outlined four key structural problems that need to be addressed: immigration, education and tax/regulatory reform, and increased mechanisms for innovation.  Her argument, standard fare for the pro-business right, was that small businesses are the engine of growth, which will only run in a clear, unobtrusive operating environment that provides access to the necessary inputs, such as a qualified workforce. Panelist Steven Rattner, chairman of Willet Advisors, echoed this sentiment nicely by declaring that Washington is more the enemy than the friend of the economic recovery.

The discussion exemplified the fundamental philosophical divide in America: is more government better or detrimental for a robust and growing economy? Unfortunately, as is true across America, there was little philosophical exploration of this issue or agreement on which argument is more convincing. The stalemate that resulted was all too familiar to even the most casual observer of American politics.

However, in a somewhat unintentional observation, Ellison, the self-declared progressive, revealed a serious hypocrisy within American culture. The neat philosophical divide between the proponents of big and small government may be muddier than the high level of partisanship in Washington indicates. In a response to Fiorina’s insistence on closing tax loopholes, Ellison pointed to the unfortunate reality of rampant NIMBY-ism (Not In My BackYard)—we all agree on closing loopholes, just not the one that impacts me. Many Americans seem to want the perks of big government—entitlements, “free” education, healthcare, and infrastructure—but do not want to bear the burdens of higher taxation or the costs associated with such programs. While narrowly focusing on the hypocrisy he experienced within the business community, Ellison’s argument exposed one of the most powerful constraints to implementing needed and sensible reform across the economic and political landscape.

Yet despite the deep partisan divide that continues to separate America and the cultural deficiencies that may hinder necessary reform, the panel offered a glimmer of hope by showing that smart policymakers, and even politicians, are able to discuss and develop policy in a collected and rational way. In her concluding remark, Fiorina reached across the partisan-divide and tried to set a refreshing tenor to political discourse, by calling for people to stop questioning each other’s motives. The plea for a little humanity in politics, where politicians spend more time debating policy than attacking or demonizing each other, may be the very step needed to begin healing a polarized America and create a space for the “grown-up” conversations that are desperately needed.