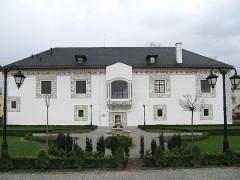 In the village where I’m living you can meet people from different nations. Mostly Slovaks and Hungarians. A few Czechs, Serbs, some Vietnamese and Chinese. Sometimes Gypsies. And also someone of clearly Sub-Saharan origin.

A football championship between various groups living in our area took place recently at our local stadium where I saw also over ten African young men playing soccer together. It was funny to see how people from various parts of Africa were using Slovak to communicate with one another. We don’t want them

Such an introduction might make it seem that Slovak coexistence with immigrants resembles those cheerful multiracial pictures you can see in the Jehovah’s Witness Watchtower magazine. However, in general we are against inviting more foreigners into the country.

When a socialist government is in power, their attitude reminds me of the medieval joke in which the city major says to the criminal brought for execution from the neighbouring county “No, this gallows is just for us and our children”.

When the Christian-Democrats were in power, their infection with Islamophobia was visible. They were even afraid of yoga exercises in schools as a kind of Trojan horse for Hinduism. (For those who still do not know it: there is yet another devil lurking behind acupuncture!) In short, no matter what kind of political stripes the government might have, we are against foreigners and our politicians just go with the anti-foreigner flow.

The result is that foreigners who want to do business in Slovakia would be well advised to hire a lawyer to help them get over the hurdles of bureaucratic, often absurdly contradictory, rules. Of course, whenever a big company receives subsidies to create jobs here, it has no problem to pay such lawyers, so that the jobs created can be taken up by cheaper Ukrainian workers.

Apart from all the other bureaucratic hoops to jump through, foreigners who marry a Slovak citizen must also go through a degrading interview with an immigration officer deviously trying to investigate whether they married just to get European citizenship and all the accompanying social advantages. Another official ruse is to question the couple’s Slovak neighbours to find out any slight discrepancies in the statements of the two spouses.

Some time ago a colleague of mine planned to spend the holidays with his girlfriend who was working as an au pair in Britain. Everything was arranged but the girl’s employer suddenly changed her mind and decided not to allow her to go on holiday. When the girl insisted on the promised holidays, madam simply called the immigration office to report that a youngster from Eastern Europe had come to Britain, and would probably commit some criminal activity.

I can well imagine that an investigation by Slovak immigration officers would easily unearth some neighbours distinguished by such brave civic qualities.

We choose to lose

With our strict limitations on immigrations, we are mostly just losing our people who are leaving for Western countries and are not being replacing by any growth in our own population or by foreigners from less developed countries.

Our economy surely can’t absorb everyone, but life is a struggle: why don’t we attract professionals from less developed countries like dentists whom we are going to miss more and more?

The advantages of cheap goods manufactured in third world countries are offset in Slovakia by the chronic unemployment of less skilled local workers caused by third world manufacturing. But we Central Europeans have also benefitted from many jobs moving here from the West. In less developed countries than ours, globalization means even greater progress.

Imagine what life would have looked like in Slovakia if globalization hadn’t happened. Isolationism (and traditionalism) has caused even bigger countries than ours to drop far behind in the economic race.

Lack of competition could bring higher prices but not long-term employment. Without globalization and cheap Asian workers, today’s European unemployed, like latter-day Luddites, would blame the widespread use of robotics and automation.

Today, when nearly everyone here feels like a native, imagining how Slovakia could look without immigration is impossible. Going back in history we’d need to remove not just the Bulgarians, Czechs, Germans, Jews, Italians, Roma, Serbs, Vlachs and other minorities, but also the Slovaks, Hungarians and even the Celts.

Back in prehistory when, as the map below shows, most of Europe was populated by Neanderthals, they probably greeted the arrival of the first Homo sapiens with something along the lines of “Africans, go back to Africa!” Let their fate be a dreadful warning to us all!