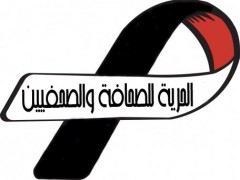 A newspaper was confiscated, its chief editor on trial at the moment, another TV channel suspended, two other media outlets being judicially pursued for “defaming the president”, and regular columnists known to be critical of Egypt’s Muslim Brotherhood allege they have been banned from writing.

The much-respected Committee to Protect Journalists has said that “President Mohamed Morsi’s government and allies are pushing back against critical news coverage”. Amnesty has called the use of these “Mubarak-era laws” … “very disappointing”. And the Egyptian Initiative for Personal Rights has also condemned the custodial detention of Al-Dustoor chief editor.

They all came in almost less than a month. And not quite long after Morsi attempted a successful purge of Mubarak-era top army brass. Unexpectedly, Egypt’s new Islamist rulers are using the same anti-press legal arsenal and framework inherited from the previous era to attempt to silence opponents. Opponents, they believe, are adamant on stifling the much-awaited Muslim Brotherhood’s project of “Renaissance” in Egypt; the platform label that has helped the Brotherhood’s uninspiring figure, Mohamed Morsi, to win the presidency.

Most of the outlets that are now facing legal action prompted by Morsi himself, or undeclared allies, are known for their links and sympathies with the former regime and its recently purged military loyalists. This is exactly the reason that is becoming implicitly a type of opium for secular revolutionaries. Sympathy and zeal are not there for this case. Outlets run by remnants of the regime, known in Egyptian revolutionary slang as “felool”, have numerous times staged bitter defamation and incitement campaigns against revolutionary figures and movements.

The taking-off-air of the notorious, among revolutionaries, Faraeen TV channel, run by its most significant show host Tawfeek Okasha, is a case in point. Okasha, a relentless supporter of Hosni Mubarak, a to-the-last-breath believer in the pro-Mubarak presidential contender Ahmed Shafik, has unequivocally implied his wish to assassinate president Morsi. Instead of pursuing this incitement-to-murder charge against Okasha, the government has used an administrative order by a part of the executive to immediately eliminate him from the air. And has subsequently used libel charges against Okasha.

And that’s the most curious part of the debate.

That president Morsi is setting such an unwelcome precedent to target media outlets. Okasha was taken off the air by a unilateral executive order which is a framework seen as restrictive by press freedom campaigners.

Ironically, a few hours following the custodial detention court order against Islam Afifi, Al-Dustoor chief editor, president Morsi has used his assumed legislative powers to amend the law. He unilaterally prohibited the custodial detention of any journalist on publishing crime charges. The intrigue here though is that Egyptian law restricts the definition of a journalist to those members of the Press Syndicate. The vast majority of Egyptian journalists, and most of the anti-establishment ones amongst them, are not members.

Even the amendment is not as radical as was expected. The Egyptian penal code still includes the charge of “defaming the president” which is a holdover from the pre-1952 royal era and which ironically still holds the same clause number of the royal charge. President Morsi’s legal advisor has also said that such charge is still in place and will not be abrogated.

Although Morsi’s step to abrogate custodial detention for journalists may be seen as a positive step forward, Al-Dustoor’s Afifi is still going on trial.

What’s even deeper to be said is that the political lexicon of the Muslim Brotherhood doesn’t include any progressive regard for the media. The amendment Morsi implemented is more of a reaction to a wide and quick condemnation on the imprisonment of a journalist than a true belief in the ideal of press freedom.

What do the Muslim Brotherhood hold for the press is still unknown but not promising. The Brothers real agenda for the press will manifest itself more following the election of a new parliament no less than six months from now.

Mohamed Abdelfattah is a journalist and multimedia producer based in Cairo, Egypt. Abdelfattah passion for journalism revolves around politics human rights issues. His coverage of police brutality and human rights violations in 2010 earned him the 2011 International Press Freedom Award from Canadian Journalists for Free Expression. Abdelfattah has worked for various news organizations including Al-Masry Al-Youm, Ahram Online, Al Jazeera English and CNN. During the Egyptian revolution, he was the CNN team’s producer in the coastal city of Alexandria and helped get all needed information to the outside world despite a communication disruption and government harassment. Currently Abdelfattah is a video journalist and reporter for Deutsche Welle TV in Cairo.