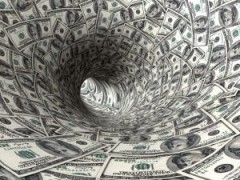 The United States has a cultural problem. Europe has it too. It is the welfare state—the overextended, debt-funded morass of entitlements. “But why,” some will ask, “is it a cultural problem?” Usually the welfare state is discussed in economic terms, where it is explained as a quandary of financial mismanagement. The real issue, they argue, is figuring out how we are going to pay for the system. If the West could only reconcile the mismatch between revenues and expenditures, it would solve the problem of the welfare state.

The logic of such an economic explanation is, naturally, convincing. The welfare state is a huge economic problem that must be addressed. However, an economic solution is insufficient. That is because the core of the predicament lies much deeper, in the cultural fabric of the modern West. It is rooted, depending on one’s level of cynicism, in either an unfortunate misunderstanding or a willful dismissal of the nature of the welfare state. Without first addressing this cultural misperception, no economic answer will resolve the woes of the welfare state.

Our society—our culture—has been blinded by an illusion that the welfare state actually adds value to the economy. If the welfare state added or created something, the illusory logic holds, it would justify itself. If we can take a little money from somewhere, run it through the sausage-machine, and create more with it, then, using President Obama’s favorite phrase, we have “invested in the future.”

This viewpoint portrays the government like a business, as a productive force. If a business’s success can be measured by profitably producing something worthwhile, the welfare state can be judged by the same criteria. When a business profitably produces a shipment of bread, it is deemed a success. It has, as any economist will argue, added value to the economy.  In parallel, a supporter of the minimum wage may simplistically look at the increase in the wages of the indigent and conclude that this is a successful creation of the welfare state. Wages for those at the bottom of the economic ladder have gone up, thus there is value added to society.

However, this is a crucial error. Unlike a business, the welfare state is not (nor cannot be) a producer or a creator. A business creates value by using some input—say, leather—and processing it into a finished product—say a shoe—that is worth more than the sum of its parts. The welfare state, though, does not partake in this process. It is not a producer.[1] Instead, it is a redistributor (often an inefficient one that consumes some of what it is supposed to redistribute). A welfare state does not add value to an economy, but merely moves it from one hand to another. When the government provides food stamps or a housing check to an individual, it is not creating something but taking money from a taxpayer and giving it to someone else. When small businesses or protected industries (automakers, green energy, Wall Street) receive subsidies, the government is not producing or investing in anything, but (forcibly) moving money from one use to another.

One only needs to look to the American news for manifold examples of this cultural defect. Despite the very public political battles over the deficit and debt level, when the president, in his recent state of the union address, offered a laundry list of new programs, it was the accolades that were most clearly heard. Advocates of one program or another rushed, with their hands out, to defend the absolute need for their project. When members of the Tea Party, the stalwart critics of expansive government, argued against Obamacare, they coupled it with a rallying call to keep the government’s hands off their Medicare (a lovely non sequitor). Every time a politician, whether Republican or Democrat, announces a new program that will benefit his constituents, the cheers can be heard for miles. Rarely does one thinks—or cares to think—about where this program is coming from, at what costs, and who pays. The rich? Fine. The Americans? Works for Europe. Our great-grandchildren? Let them figure it out. Why should anyone care about these questions, if the costs are merely investments that will be re-earned many times over? If a government program makes everyone richer, or at least just as well-off, wouldn’t you support such a policy?

Now before the defenders of the welfare state have a fit, let me be clear. My argument, here, is not a condemnation of the welfare state. I am not saying that it is all bad. It is not. There is, in my opinion, a need for some type of welfare state (I will leave that for another discussion). Instead, the argument is a critique of how we perceive the welfare state, and how, as a result, we have chosen not to pay for it. As a society, we will only be able to determine its relative worth and its proper use if we truly understand what it is.[3] We will only be able to solve the very real economic problems that surround it if we comprehend its capacities and limits.

For nearly a century, we have been able to ignore this issue for a variety of reasons. A booming economy, the threat of communism, and the relative youth of the welfare state (and hence less debt) facilitated our ability to blind ourselves with this misperception. These excuses enabled us to continually, in a classic tragedy of the commons, hide from the truth and ask for more.

But as our economies aged, the threat of communism dissipated, and the Great Recession dragged Europe into austerity and cracked the taboo of the third-rail in American politics, maintaining this monumental myopia became a fool’s errand. Sure, certain politicians and proponents still cling to the notion that a deficit-funded welfare state can be maintained. They clamor from their podiums that the rich need to pay their fair share and if we just make some more “investments” we will receive a ten-fold “return.” They lie to their constituents and say they do not need to cut this benefit or trim that entitlement, and everything will be just fine. All the while the broken system plods along toward its final collapse.

However, the prudent must shout down these foolish arguments. They must advocate for a correct portrayal of the welfare state as a mechanism for redistribution, where the government is unable to make investments or create value, but can only take from some to give to others.[4] They must be honest with the people, so we can understand the plight we are in.

If we do not make such an adjustment in our cultural understanding of the welfare state and instead continue to live this lie, we will destroy our way of life. Countless great societies have foundered due to the same internal rot. They increased their debts while failing to increase their desire and ability to pay for them. We cannot make these same mistakes. We cannot continue to fool ourselves into thinking this model is sustainable. We cannot continue to maintain that the government can create something out of nothing.  We cannot insist on arguing that the welfare state is some magical machine that will produce a path to prosperity. We cannot persist in believing we can benefit without paying. The sooner we acknowledge that by definition the welfare state implies winners and losers, the sooner we will be able to address the slow deterioration that will ultimately mark Western civilization as yet another historical example of lessons not learned.

[1]I expect that some critics will try and portray the welfare state as part of the service sector. This is not an appropriate comparison. Services, like finance, create value by providing assistance—doing something—for their client, who will ultimately gain more (eg return on investment, information, etc) than if he had done the service himself. The welfare state does not have a client. The benefits of the welfare state do not go to the person who hired or paid (taxpayer) for a service but to others.

[2]Another, and simultaneously compatible, argument is that some people completely understand that someone else pays for or will pay for their (or others’) benefits and either do not care (they are selfishly happy to take from others) or believe, for some moral reason, that some individuals have a duty to support others (a more intellectually consistent argument).

[3]In truth, my hunch is that if properly perceived as an instrument of redistribution rather than an organ of production, far fewer people will support an expansive welfare state, and its proponents will have greater difficulty selling it. This is why President Obama frequently calls his new expenditure proposals “investments”—a misnomer at best.

[4]A model of redistribution may very well be acceptable to Western societies. The merits of the welfare state ought to be debated. Do we want a welfare state? To what extent? Who contributes and who benefits? But that is a separate discussion, one that can only successfully occur when everyone understands the limits of what the welfare state can do.