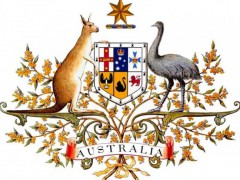 The doctrine of the separation of powers has received increased attention in the Australian media in light of several recent judicial and political events. This doctrine is entrenched in the Australian Constitution, which establishes a tripartite division of power as the basis of Australia’s system of governance. Governmental institutions, and the power to make and manage federal law, are accordingly divided into three branches: the legislature (or Parliament), which creates and amends laws, the executive, which puts these laws into operation, and the judiciary, which interprets the law.

The Separation of Powers in Australia. Graphic compiled by Stephanie Constand.

The rationale behind this system is that dividing powers of governance across several institutions, as opposed to concentrating them in one particular organisation, limits the potential for the rise of absolutism, since no single institution is able to exercise complete governmental authority. Each branch works within its defined areas of responsibility. It is the independence that each agency possesses that prevents the other branches from exceeding their own powers. In addition, the function of checks and balances that each agency assumes over the other branches (exemplified by the Judiciary’s ability to strike down Parliament’s legislation, or Parliament’s ability to effectively override judicial decisions by passing new laws) is also aimed at restraining instances of corruption that may otherwise arise from the unchecked exercise of power.

However, despite the virtues of this tripartite system, in practice the doctrine of the separation of powers has not been completely implemented in Australia. Several of the roles of the three arms of government do overlap. Most notably, members of the executive (such as the Prime Minister and his or her ministers) must be drawn from members of the legislature. To remain in government, the Prime Minister’s political party must also hold the balance of power, or the majority of seats, in the legislature. However, it has been argued that such interconnectedness between the executive and legislative branches fosters effective governance, a situation that could not always be as easily achieved if these two institutions operated apart from one another. In governance systems where the executive and legislature are kept strictly distinct, more instances of gridlock tend to arise. This is illustrated by the recent government shutdown in the United States, which occurred when the executive and legislature could not, for a considerable period of time, come to an agreement on Obamacare legislation.

There are also several other instances in which the roles of each branch of the Australian government intersect. For instance, the executive, through the Police Minister, exercises judicial functions when deciding issues of law by determining whether a statutory power or discretion must be exercised in the course of duty. In addition, as in many common law jurisdictions, the judiciary effectively ‘legislates’ when judges make rulings, which carry precedential value for subsequent cases. This is in addition to the judiciary’s ability to invalidate certain legislation. For example, albeit at a state level, in December 2013, the High Court of Australia struck down the Marriage Equality (Same Sex) Act 2013 as unconstitutional. In fact, it has been observed that there “has not been a governing political party that has not, at some time, had at least one of its most important ‘planks’ knocked out by judicial decision.”[1] For instance, in 2012, when the High Court invalidated a ministerial declaration, it effectively scuttled the former government’s high-profile Malaysian Solution, a policy aimed at discouraging people smuggling by providing for the re-direction to Malaysia of asylum seekers who arrive in Australia. As I discussed in this article, the court was criticised by the then Prime Minister and her party as “turn[ing] on its head the understanding of the law” through an “interventionist and activist” usurpation of the executive branch’s role.

However, many commentators did not view the decision as an infringement of the functions of other governmental branches, but rather as an instance of the Judiciary carrying out its proper role of keeping elected ministers in check. In fact, according to this view, it was the former government’s harsh comments about the High Court that may have breached the separation of powers doctrine through undue political criticism of the judicial branch. While critique of the courts may be justified, the former government’s comments effectively drew the court into the political debate on asylum seekers, which detracted from the perception of the judicial branch’s independence and impartiality. Under the separation of powers doctrine and its system of checks and balances, political criticism of judicial decisions is also not strictly necessary, as Parliament is able to respond to decisions that it deems inappropriate through the legislative process.

Another recent occurrence that demonstrates an alleged infringement of the separation of powers doctrine involves the introduction of Queensland’s new anti-gang legislation, which imposes mandatory sentencing on motorcycle club members and restricts their ability to socialise in public. It has been argued that this law erodes the separation of powers by allowing political interference in the dispensation of criminal justice. In particular, its provision for mandatory sentencing has been criticised as an incursion on judicial discretion to impose prison sentences based on the individual circumstances of each case, a task that is generally reserved for the courts. This perceived usurpation of judicial power is likely to form the basis for the upcoming High Court challenge to the anti-gang laws.

In response to these claims that the new laws are offensive to the separation of powers, the Premier of Queensland recently dismissed the relevance of the doctrine to Australian principles of governance, commenting that it is “more of an American thing”. Indeed, while it may be true that the United States maintains a more distinct separation of its governmental branches, the doctrine still possesses relevance in the Australian context, particularly due to its ability to maintain the independence and accountability of each branch of government and, importantly, to facilitate an effective system of checks and balances.