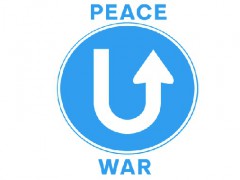 Egypt is currently under official Islamist rule. Following a proud revolution that promoted ideals of human rights, democracy, opportunity, and better living for all, the Egyptian society across the spectrum seems to be at the behest of a ruling force that accommodates human rights in their lexicon only when it comes to their English-speaking website.

Making use of the latest US embassy protest fiasco over the anti-Islam so-called film, the Muslim Brotherhood‘s ultras version, the Salafis, within the constituent assembly will introduce constitutional clauses that seek to protect “the divine entity” from disparaging as well as the religions of Islam, Christianity, and Judaism. Are we steps away from introducing the death penalty for blasphemy charges ?

Shamefully, another Salafi member of Egypt’s constituent assembly has recently told a talk show host that a woman may get married as young as 9 years old. He reiterated that the notion of a “minimum age” is a Western standard we don’t have to succumb to. But honesty be respected on his part, the Salafi man has spelled out his sincere vision towards the notion of human rights and dignity.

They have no regard for it and we won’t have to find a compromising appeasing line in between. The Salafi central notion, in fact, is bringing “the Muslim nation” once again back more than a 1000 years in time to match the “virtuous earlier generations of the Prophet’s companions.”

No one truly knows what agenda do the Brotherhood hold for the press. The presidential decree issued to cancel any temporary detention for journalists in response to the recent prosecution of an editor in chief is at best reactionary. Sifting through the archive of the Muslim Brotherhood’s article archive and half an hour of Google search, one will see how they regard the media simply as a tool for “the Islamic cause.”

Their view is to subjugate the press to their own advantages and purify it from any “anti-Islamic” trend. The barring of a number of anti-Islamist columnists after the recent editorial reshuffle is only a small testament to that. The bending down to the loud voice of a misinformed mob reminiscent of the most chilling scenes of the film “Agora” during the latest US embassy fiasco is dangerously telling of the worse yet to come.

President Mohamed Morsi has washed away a core ideal of that revolution and proudly received Sudan’s indicted war criminal. Amnesty International has warned Egypt might be a “safe haven” for perpetrators of gruesome human rights violations.

But is Egypt regressing ?

Egypt is definitely not moving progressively forward when it comes to the idealistic human rights-oriented vision of its earlier revolutionaries. The Tahrir spirit, a state within the state we considered so platonically, that encompassed us all without the least care for any difference of religion, social background, political orientation, or age is surely not in place now. But it’s not yet deceased.

Mohamed Abdelfattah is a journalist and multimedia producer based in Cairo, Egypt. Abdelfattah passion for journalism revolves around politics human rights issues. His coverage of police brutality and human rights violations in 2010 earned him the 2011 International Press Freedom Award from Canadian Journalists for Free Expression. Abdelfattah has worked for various news organizations including Al-Masry Al-Youm, Ahram Online, Al Jazeera English and CNN. During the Egyptian revolution, he was the CNN team’s producer in the coastal city of Alexandria and helped get all needed information to the outside world despite a communication disruption and government harassment. Currently Abdelfattah is a video journalist and reporter for Deutsche Welle TV in Cairo.