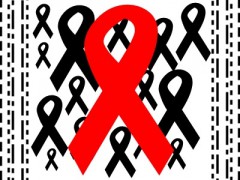 Ever since the Middle Ages, disease and epidemics have set the tone for each century in ever recurring cycles of human suffering and medical progress. The AIDS epidemic, however, has so far managed to resist most attempts by leading scientists to produce a cure. While research continues to consider new approaches, health policy is focused on prevention of new cases, and treatment of those who are already HIV-positive. Since its emergence in the late 80s, there has been much discussion on ways to tackle this epidemic. One permanent concern, which is a particular burden for developing countries, is the high cost of providing adequate treatment for a growing population. Prevention has also raised a number of issues, including the role of government and what messages should be conveyed.

When it comes to the developing world, experts have hailed Brazil as a model in the fight against AIDS. Two main points set the Brazilian model apart. First, the free universal provision of antiretroviral drugs (ARVs) for all citizens through the public health system. And second, a progressive approach to prevention, especially within traditional risk groups, such as sex workers and LGBT (lesbian, gay, bisexual and transgender) individuals.  In both cases, the Brazilian government was unafraid to support NGOs and other civil society entities in their various activities from fundraising to psychological counseling. Established in 1986, the Brazilian plan has evolved over time, while also striving to maintain its essential characteristics, despite a number of polemic issues.

The free provision of ARVs quickly raised a budgetary concern: given the high prices (and foreign origin) of medicines, how could a fiscally responsible government afford such generosity? Such a question has been especially relevant for developing countries looking to Brazil for the structuring of their own strategies. Brazil considered the long-term costs of AIDS, including such factors as as the cost of medical support for debilitated individuals and the loss to the country’s human capital. Furthermore, the country enacted intellectual property legislation allowing it to challenge patents on certain medicines and offer them at lower prices. This practice has garnered considerable criticism, especially in the pharmaceutical industry, to which the Brazilian government responded: “[it] is not a declaration of war against the drugs industry. It is simply a fight for life”.

Remarkably, Brazil also devised an aggressive strategy to promote HIV prevention. Health officials prioritized the use of condoms from the very onset, with specific action targeted at raising awareness in so-called risk groups. Instead of shaming sex – the very vector of transmission of the epidemic – the government took a pragmatic approach and empowered sex workers to collaborate in the prevention policies. It formed alliances with civil society organizations and recognized the importance of public figures, such as controversial popular rock musician Cazuza, who succumbed to the disease in 1990 and became a national icon for the epidemic. Developing countries have also faced obstacles in embracing such a bold approach, due to social conservatism and the heavy hand of religion or tradition in the definition of health policy. Well-known examples of this include Catholic church-backed resistance to the distribution of condoms, and laws marginalizing sex workers and LGBT individuals.

Even though it has drawn applause from a wide range of institutions from scientific journals to grassroots organizations, the Brazilian model has also being facing criticism in recent years. A plan largely formulated in the 1990s was not strong enough to resist the enduring impact of the HIV virus and the ongoing epidemic. The model’s pillars came under attack, not in their essence, but rather in what was seen as their increasing inability to deliver. On the one hand, the universal provision of ARVs must also be accompanied by investment in hospital infrastructure in order to accommodate a greater intake of patients now that people live longer and don’t die of Aids-related illnesses at an early stage of infection.  On the other, the government appears to have toned down its approach to prevention, apparently because of growing opposition from religious groups in Congress. In both cases the gloss has come off and the once striking features of the Brazilian approach to AIDS seem in need of a new coat of paint.

If Brazil is to present its policies for coping with the AIDS epidemic as a model for the developing world, the country must not forget to view the fight against the epidemic as a constant endeavor which requires both high-quality governance and the political will to stay ahead.