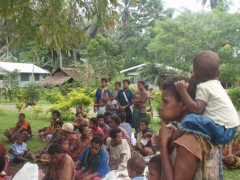 Here is a fictional scenario. I’m a contestant on a quiz show called Who Wants to be a Millionaire. I’ve managed to answer all the questions correctly up to now and there’s only one more question separating me from the million dollar prize.

I’m on the edge of my seat and a bead of sweat trickles down my forehead.

“This is the final question. If you answer this question correctly, you’ll be an instant millionaire,” the quiz show host tells me with excitement in his voice.

I nod my head. I say to myself: You have to get this question right.

Will I be the next millionaire? Photo taken by author.

Then comes the million dollar question: “The 2008 global financial crisis, also known by its acronym ‘GFC’ had huge impacts on the economies of nations around the world.  The GFC is estimated to have wiped out $14 trillion from the United States economy alone, equivalent to its economic production for an entire year. However not all countries were equally hard hit, and not all countries had to introduce severe austerity measures.  Which region of the world experienced the least impact from the GFC?  Is it A. Europe B. North America C. The Middle East  or D. Asia?”

This is a tough question.

Let’s eliminate the obvious.  It can’t be A or B because Europe and North America were by far the worst affected regions, crippled by the GFC. In the United States properties lost all value and many households had to default on their mortgages.  Many had to reduce spending as the American economy shuddered to a halt. What quickly followed was a series of government-led austerity measures: contraction in public expenditure and reduction in the civil service workforce. The impacts of these measures are still being felt by people in the US even today.

Over in Europe, countries experienced the worst economic recession since the Great Depression of the 1930s. The rise in fiscal deficit meant that governments had to tighten spending and subsequently to make cuts in the public sector.  Countries filing for bailouts quickly spread across Europe in a domino effect. By late 2011, Greece, Ireland and Portugal had all received massive bailouts from the European Union and the International Monetary Fund.  People took the streets in Greece, Spain, United Kingdom and Portugal, in mass protests against austerity measures. While there may be some slight chink of light elsewhere, things are still gloomy in Europe.

The market town of Stratford-Upon-Avon in England, post-GFC. Photo taken by Author.

I feel more beads of sweat trickling down my forehead. The pressure is on.

Now the oil rich Middle East.  Surely they would have felt very little impact from the GFC, right? Wrong. Shortly after the fall of one of the largest investment banks, Lehman Brothers, in the United States in September 2008, the real estate market in Dubai and Abu Dhabi – to a lesser extent- took a nose dive. Dubbed the ‘playground for the rich’, the grand metropolis of Dubai was fast imploding.  There was a freeze on construction projects and boom quickly turned to bust.  As work dried up, foreign expatriates found themselves jobless and so in debt they were quick to flee the country, leaving their luxury cars behind in the airport car park.  The impacts of GFC were varied in other parts of the Middle East but no country escaped unscathed.

Finally to Asia.  The GFC occurred at a time when parts of Asia were still recovering from the shocks of the global food and fuel crisis.  According to the World Bank, economies in Asia were structurally in good shape when the GFC hit. As the Asian Development Bank’s figures show, there was a marked slowdown in export demand: down by 13.9% in Thailand, 13.7% in the Republic of Korea, 21.1% in Malaysia, and 22.3% in the Philippines in 2009. Stimulus packages were rolled out by governments across Asia designed to increase domestic (rather than external) demand, provide tax relief and contain the fiscal deficit to below 5% of GDP. The interventions taken by Asian nations shielded these countries from the full impact of the GFC.

Gee, this is a hard a question.  Which one is the correct answer?

The clock is ticking. Only 10 seconds left.

Is the correct answer the Middle East or is it Asia?

Me: “I believe the answer is…”

Me: “I believe the answer is none of the above.”

Host: “Are you sure?! Your final answer is ‘none of the above’?”

Host: “Ladies and gentlemen, this has never happened in the whole history of Who Wants to be a Millionaire. The contestant always gives an answer out of A, B, C or D. No one has ever said ‘none of the above’.”

Well then, what’s the right answer?

Host: “The correct answer is D, Asia. In general, Asia was least impacted by the GFC because of the government stimulus packages and they were less reliant on external demand and credit compared to other regions. Sorry, you didn’t get the answer right.  You are not the winner of million dollars today.”

The audience was stunned into silence.  Every pair of eyes is on me.

Host: “Why didn’t you give an answer?”

Me: “Because the real answer is the South Pacific Islands. People there were not impacted by the GFC because they value life, not money. They don’t have fancy houses, new cars or investments on the stock market so they didn’t default on their mortgage, personal loans or lose thousands of dollars on their superannuation funds.

People coming together as a community at a village meeting in Madang, Papua New Guinea. Photo taken by Author

In the islands, everyone owns or has access to customary land through their kinship ties.  No one goes hungry. No one experiences absolute poverty. People live off their land and engage in the practice of reciprocity. People look after one another so no one gets left behind.

Sure, 20% of Pacific Islanders who live in urban centres may have felt some impact from the GFC.  These are people who have adopted the Western lifestyle. They rent and don’t live on their own land, they have to pay bills and they have to buy, rather than grow, their own food.

But the remaining 80% of the population, whose lives revolve around traditional economies, would not have felt anything from the global financial meltdown.  The world for them did not stop.  They had land, they had food, they had no bills and no mortgages to pay.  They were in much better positions than any other region in the world.

The islanders may be ‘poor’ in Western terms but they are very rich people. Rich in knowledge, rich in culture, rich in biodiversity, rich in spirit and rich in happiness. While the rest of the world was forced down the path of austerity, the Pacific Islanders were living in true prosperity.

This is the reason I wasn’t able to answer the question. The correct answer was not there.”

Host: “Well then…too bad for you, you missed out on becoming a millionaire.”

Me: “Nope, too bad for you and all of the people in the audience – you will all be going home in a car that the bank – not you – owns, pulling up at a house that the bank – not you – owns and eating food that you have no idea where it came from. You have to rely on others in order to live and you will be in debt everyday for the rest of your lives until you die.  You all are the true victims of the GFC.

But not me. I know what it really means to be prosperous and it won’t cost me a million dollars!”

This is a fictional story but it depicts the reality of the situation in the Pacific Islands. I have spent more than 10 years learning from the Pacific way of life: living a simple yet resilient lifestyle without the burdens of debt. I feel a million dollars richer having this wisdom. My island friends, thank you a million times over. What you teach me is invaluable and priceless.