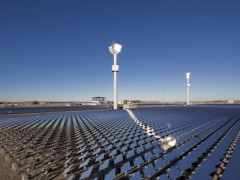 The world’s energy markets are on the move. Decision makers, scientists and lobbyists all argue that the challenge of climate change calls for a drastic alteration of the energy mix – away from fossil sources, and especially coal.

On 11 March 2011, another longstanding pillar of global energy production was shaken: At 2:46pm, an unprecedented earthquake, followed by an equally unprecedented tsunami, devastated large parts of the Japanese main island Honshu and led to a nuclear catastrophe at the Fukushima-Daiichi power plant. The desperate efforts to limit the consequences of the accident revealed the immense risk posed by nuclear technology, and laid bare the boundaries of human engineering power. Today, the fate of nuclear power is once again uncertain.

Faced with the double challenge of fighting climate change and leaving nuclear power behind, the call for restructuring global electricity supply towards renewable electricity sources is as loud as ever.

But greening global electricity supply is a gigantic quest. In 2006, 63 per cent of global electricity supply still came from coal and nuclear power plants. Renewables accounted for only nine per cent. Nevertheless, solar and wind are in principle more than capable of meeting the world’s energy needs. They are largely untapped so far, partly because the premium locations needed to harness their power are scarce and usually far from demand centers. Furthermore, wind and solar power are fluctuating sources that do not play by the rules and meet the demand patterns of our everyday life.

Proposals for solving the problems of location and demand pattern have been on the table for some time now. Two of the most promising are the visions of supra-national, long-distance electricity transmission, and of “smart” electricity distribution.

Towards a supra-national electricity market

It is technologically challenging to transport electricity over large distances, and even more difficult to store it. As a consequence, electricity markets have tended to develop as regional markets, but proposals have recently been made that would change this status quo in the interest of more efficient renewable energy.

One ambitious project involves the building of large-scale solar thermal power plants in North Africa and transporting the output through high voltage direct current power lines to the demand centers in Europe. Projections claim that by 2050, 700TWh of electricity per year (roughly a quarter of European electricity demand in 2006) could be transmitted, raising yearly revenues of €35bn. Governments are getting on board with this type of large-scale project – in January 2010 several European countries adjacent to the North Sea agreed to connect their production of wind energy.

But there are still many obstacles on the road towards supra-national electricity markets. Infrastructure investments are needed for further integration of national grids – these include cross-border interconnection lines, high voltage direct current transmission lines and buffer capacities to cope with the increased risk of electricity supply disruptions. The sums of money involved are dizzying, but in a sense it is irrelevant whether the funds come from the private or public sectors. In the end it will be the taxpayer who pays, either via her electricity bill or her tax declaration. But someone has to take the lead, either private companies or governments or both.

In either case, the enormous costs of adapting the electricity grid to the future challenges of higher fluctuations and longer distances are too high to be borne by single players. However, institutional investors such as pension funds could provide the necessary capital from a decentralized source. Since grid operation is highly regulated and quasi-monopolistic, investors could rely on a stable and considerable return.

But it doesn’t all come down to money. The differences in national regulations pose just as great an obstacle to supra-nationally integrated electricity grids. The first step in overcoming this obstacle is the harmonization of regulatory standards and practices among the national participants of the projected larger markets, as well as better cooperation between existing regulators. In the long term, regional supra-national grid regulators should be the goal. In some parts of the world, such as Europe, the first steps in this direction have already been taken. Such deep-seated change is bound to incite some dispute amongst both businesses and regulators, and an essential part of international grid integration will have to be clear-cut dispute-solving mechanisms to remedy business conflicts before they derail the process.

The ability to provide a sufficient amount of renewable electricity through transmission from distant sources would be a huge step, but it will not work if the problem of fluctuating supply cannot be solved. One part of the solution is not to concentrate on adapting the electricity supply pattern, but to adapt electricity demand. A significant share of electricity use is not bound to certain times of the day. If this share of electricity use could be moved away from peak hours towards a time when electricity use is low, large differentials between supply and demand could be bridged. In order for this to happen, a bidirectional information and communication infrastructure must be established between the operator and the electricity sinks, so that the two can interact with one another.

Bidirectional communication within a “smart grid” is not a mere technical specification. It is a gateway for new players on the electricity market, including for example IT companies, communications specialists and manufacturers of electric appliances, and represents a major challenge for the existing market. Such ambitious changes would require regulation that is just as “smart” as the new electricity market, and again, that won’t come cheap. Challenges and solutions for restructuring the distribution infrastructure are similar to those for establishing supra-national transmission markets, and the money required for both could be collected at the same time.

Regulators and system operators would have to establish uniform communication standards, first within countries, and later hopefully also across state borders. And since first-mover-advantages await, time is money!

For a real chance of success, the end user will have to buy into these changes. That means both private households and industry plants understanding and accepting the initiatives, and utilities companies will have to develop incentivizing tariff structures and attractive value added services. Also, in a time of growing cyber crime and multiple threats towards data privacy, security of the system is vital.

While establishing supra-national transmission grids and “smart” distribution grids seem to be different things, they actually interact with and complement each other. They should therefore be considered in tandem by decision makers in both politics and business, and better today, not tomorrow.

Most recent Local Views on ‘Big and clever’