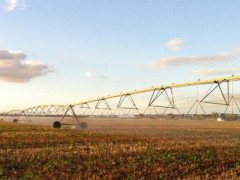 We’re living in the midst of a global disaster. According to the World Health Organization and UNICEF, one in eight of the world’s population does not have access to safe water. The problem is so severe that the 2006 United Nations Human Development Report estimated that a child dies every 20 seconds because of unclean water and poor sanitation.

As the world’s population continues to grow our water supplies look set to be placed under even greater strain, and yet this is not a problem of scarcity. There’s more than enough water in the world for everybody; the problem lies in our attitudes to the water we use, and the ineffective management of water supplies. Speaking on World Water Day on 22 March this year, UN Secretary General Ban Ki-moon called the water crisis, “a crisis of governance, weak policies and poor management”. We already have the means to combat the water crisis – it’s time to put that technology and techniques into action.

A particularly encouraging example of this is seen in Phnom Penh, a city that has reduced the amount of water it loses from 73% to 6% in less than a decade, making it more water efficient than cities like London, Paris or Los Angeles. The change is thanks largely to one man; Ek Sonn Chan, head of the government-owned Phnom Penh Water Supply Authority (PPWSA). When he took charge in 1993, Chan realised that wholesale changes were needed throughout the PPWSA and set about overhauling the organization. Damaged and inefficient infrastructure was replaced with the help of aid agencies and development banks, but crucially he also turned his attention on the employees who were failing the city. Rooting out the corrupt and ineffective officials who were crippling the city’s water supplies, he improved management structures and succeeded in delivering clean water to Phnom Penh.

Profitable, socially responsible and above all effective, PPWSA is now held up as an example of good water management, a model for the rest of the developing world to follow. But the change can’t come from local authorities alone. National governments and NGOs have an essential role to play in ensuring that water is seen as a valuable commodity, and all too often they inadvertently do the exact opposite. Food aid, for example, can be essential in tackling acute, short-term famine, but it can also become addictive, stifling independence and leading to economic stagnation.

Pedro Berliner, Professor at the Blaustein Institute for Desert Research at Israel’s Ben-Gurion University, specialises in the sustainable management of water. He argues that people must be encouraged to work for themselves, and to appreciate the value of the natural resources at their disposal:

“The moment international agencies give out food, there’s no incentive for the local population to help themselves,” he says. “I worked for some time in the Turkana desert in Kenya where that was very evident. As long as somebody else gives out food there’s no reason to try and provide your own food. It’s a lot of work. Why should you work when you can get it for free? Or take for example the price of water; if water is expensive for you then you will try to use it as efficiently as you can and minimize losses. However if you get the water free as is the case in a very large number of developing countries then there’s no real incentive to use it efficiently.”

It clearly frustrates Berliner that more isn’t done to promote these changes in behaviour, because techniques for conserving water can be startlingly simple and incredibly effective. For example his team has found that by covering irrigation ditches with a cheap polyethylene sheet, farmers in arid areas can reduce the amount of water they use by 30% to 40%. It’s a huge saving in resources that can both improve crop yields for some of the world’s poorest farmers and also leave more water for sanitation and other essential functions.

Such measures have the potential to make a major difference to those people who have access to water, but for many the problem is that they struggle to access any type of clean water. Drawing water from the grid is well and good as long as you happen to live somewhere near to where the water goes, but remote communities are often faced with the problem of having to travel several hours to reach their nearest source of clean water. The natural solution to this problem is decentralized water treatment plants, which can be located near to isolated communities and work to convert waste into clean, usable water.

Again, the technology isn’t the difficult part of the equation. Advances in membrane technologies are making these decentralized plants cheaper and easier to maintain, and even simpler still are the ancient techniques that can be adapted for modern living, such as the building of artificially constructed wetlands to mimic processes found in natural wetland ecosystems. These constructed wetlands show consistently excellent results, but it can be difficult to persuade governments and local communities of their efficacy. In short, people simply don’t believe that a reed bed can be as effective as a modern industrial treatment plant.

Researchers have found, however, that by working with local communities, it can be possible to demonstrate the undeniable benefits of decentralized water treatment. Nepal has seen particular success in this area, as water treatment plants have enabled communities and local government to respond to new pressures created by the recent urbanization of the country. Only around 15% of the population currently lives in urban areas, but that number is rising quickly and sanitation systems are struggling to keep pace with demand. In 1997 the country’s Environment and Public Health Organization (ENPHO) working with support from the University of Natural Resource and Applied Life Sciences Vienna, established Nepal’s first constructed wetland system at Dhulikhel Hospital in Dhulikhel Municipality.

The system consists of a bed of sand and gravel with reeds growing in it. The bed is periodically flooded with the hospital’s waste water, which then filters through the reeds, the root systems and the sand and gravel, and is funnelled at the bottom of the bed into a drainage pipe that carries away clean water, ready to be used again. Originally designed to treat 10m3 of waste water per day, it soon proved itself capable of treating four times that volume – clear evidence of its efficacy. The hospital became a showcase for effective water treatment, and 12 more constructed wetlands were built throughout Nepal. Buoyed by their success, the ENPHO have since joined forces with the Asian Development Bank, local government and local people, to establish the first community-based wastewater treatment system in Nepal.

All around the world simple, effective systems can be put in place to change the way that water is accessed. The successes in Nepal are proof that real, sustainable change can be affected; we can learn from these successful projects, but action must be taken urgently. It’s bad enough when tragedy strikes because of natural disasters or extreme poverty, but children are dying for no reason other than our reluctance to change the way we think about the water we use. That’s surely not the sort of world any of us want to live in.

Steven Watson is head of customer publishing for publishing company The Church of London. He works with corporate clients including Google, PlayStation and Volkswagen, and happily describes himself as a magazine enthusiast.