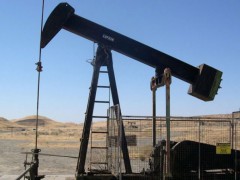 What is a resource crisis? Put simply, it’s the problem heading our way as an expanding global population faces up to the fact that its natural resources are running out. Population expansion has put an unprecedented strain on the planet’s natural resources, and unless governments, corporations and NGOs cooperate, the resulting crisis could turn the blessings of resource-rich countries into a curse.

The world has already seen several scenarios in which natural resources have started or prolonged civil wars, or detrimentally impacted governance by institutionalising corruption. Today, we’re seeing the first signs of anger and resistance to this damaging state of affairs in North Africa and the Middle East. The challenge will be to reconcile the urgent demand for natural resources with the task of using the funds from these resources for the public good. Otherwise many people in countries that are resource-rich will stay in dire poverty.

Countries with large reserves of non-renewable natural resources such as oil, gas, gold or diamonds are blessed with the perfect opportunity to generate income and boost the domestic economy. But when those earnings are managed irresponsibly, the effect can be damaging. Unfortunately, this is the case far too often.

The work of Paul Collier and his colleagues at Oxford University (in, for example, The Bottom Billion) has increased awareness about how, paradoxically, resource wealth can result in low growth rates and stagnating per capita income. The exploration and exploitation of resources attracts capital and workforce that are then unavailable to other sectors. At the same time, the influx of money increases the value of the domestic currency and, consequently, other export sectors lose their competitiveness (as we’ve seen, for example, in Angola).

As the country becomes dependent on its resources, an unholy trinity of low growth rates, low levels of per capita income, and a strong dependence on the resource sector substantially increases the likelihood of civil war.

Of course, civil war is by no means an inevitable outcome, but the sad truth is that corruption flourishes alongside the income generated by the resource industry. Money that could be invested for the public good instead drains away into the hands of a small elite loyal to the ruling clique, whether the military (the BICC’s Global Militarization Index shows that many of the highly militarized countries are oil-rich states in the Middle East) or tribal leaders, who in turn safeguard the power of incumbent rulers.

These corrupt cliques are only part of the problem, though. Consider the damage done by multinational corporations that profit while destroying the environment or displacing people to get access to resources. And let’s not forget the resource-poor states that turn a blind eye to human rights abuses as long as their supply is guaranteed; or government officials in the resource-rich countries who use this newfound wealth to buy loyalties and enrich themselves.

No representation without taxation

Though there are many types of natural resources, oil is still the most prominent – and perhaps the most troublesome. A closer look at major oil producing countries reveals not only that many of them record low growth rates and per capita incomes, but that a vast majority are governed by authoritarian regimes.

So why does oil abundance seem to foster autocratic forms of governance? The political scientist Michael L. Ross explains this phenomenon by reversing the slogan of the American revolution: No representation without taxation. These regimes can choose to lift the burden of paying taxes because income from the resource sector is sufficient to cover the state’s spending needs. And without the imposition of taxes weighing them down, people are less inclined to demand political participation.

Today, many countries are aware of the imbalance between resource abundance, governance and the economic performance of states. In Afghanistan, which is surprisingly rich in natural resources, the Mines Minister Wahidullah Shahrani declared : “We are determined to avoid any possibility of the ‘resource curse’ and to ensure these resources bring long-term community benefits.” When large oil reserves were discovered off the Ghanaian coast, meanwhile, many critical voices warned of the resource curse (Ghana’s Oil Find: Benefits and Nightmares and Ghana’s Oil Wealth: Delusion and Grandeur ). But does this mean that citizens should be worried when oil, gas or diamonds are found on their nation’s territory?

With all the issues surrounding access to natural resources, you could be forgiven for thinking that resource abundance automatically degrades a country’s governance. But this isn’t the case. Examples like Norway, Canada or Botswana show that natural resource revenues can be invested for the public good.

Two keywords are important: ‘transparency’ and ‘accountability’. Both have been aided by the launch of the Extractive Industries Transparency Initiative (EITI). It forces companies in the extractive industries sector to reveal any payments they may have made to governments; and in turn compels those governments to disclose how they used this income. An independent EITI commission then checks whether the government has spent the money reasonably or whether corrupt officials have diverted it into their own pockets.

Liberia is just one country that has benefited from the initiative. The West African state experienced a devastating civil war during the 1990s and beyond, and diamonds were essential for financing the conflict. However, today Liberia is making progress in using funds from the natural resource sector efficiently rather than destructively (see Liberia’s EITI Compliance). It demonstrates how companies, governments and NGOs can collaborate successfully for the wellbeing of citizens.

Similarly, the Revenue Watch Index displays which countries are managing their resources in a responsible and efficient manner – or not. The key is ‘investing in investing’ as Paul Collier calls it in a film for the Natural Resource Charter. These revenues must be invested in future-oriented measures.

What does all this mean for countries that suffer from a lack of natural resources and which rely on a steady supply from abroad? They are demanding access to scarce resources but they can’t afford to neglect possible negative consequences in the supplier countries. In an increasingly borderless world, poverty, refugees or civil wars are no longer contained within the nation-state; severe crises in resource-rich countries can and will impact the security of supply.

As the recent unrest in Libya started, oil prices spiked immediately, showing once again that resource markets are extremely sensitive (see Oil Pressure Rising). Similar or worse scenarios apply to possible upheavals in Saudi Arabia (see Oil and Unrest). As a result, it’s in the best interests of resource-scarce countries to promote good governance in resource-rich countries, otherwise the consequences will be felt everywhere.

In times of increasing competition for resources, as well as population and economic growth in countries like China and India, the challenge will be to reconcile the needs of resource-scarce countries with those of resource-rich countries in a way that equally benefits governments, transnational corporations and citizens. The demand countries have to ensure that their short-term resource policy does not clash with medium and long-term development goals in developing countries.

Fatal transactions have to be avoided. Cohesion must be a priority. The supply countries have to provide transparency and accountability – in the long run this will deliver the best guarantee for stabilizing a country. The resource curse can be avoided if everyone involved finds a way to cooperate.

Most recent Local Views on ‘Avoiding the resource curse’